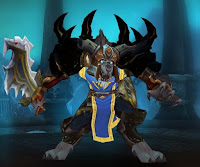 The real problem appears to be that they have a bad (as in faulty) language parser.  It’s not surprising, it’s actually the parser that got me banned the first time.  I was trying to illustrate how crappy their language parser was, and if I go into why the parser is broken/crappy/should be scrapped in this post, I won’t be able to link this post in the future if I forget that I poked fun at the parser here. It’s also worth noting that it only parses on new threads. It takes a flag from a user to get the bots attention on replies. (there’s no point in being cute here. More after the break. However, the next sentence remains true.)

The fix to this problem is simple. Don’t let your bots ban people. But that leads to another problem, Blizzard can’t afford to hire enough cops to police the communities they’ve created. The hypocrisy of Blizzard banning players for botting while using bots to ban people is apparently lost on the leadership at Blizzard.

Not that I bot, Blizzard. Don’t want to be banned for linking to an article that has the word bot in it. If they continue using the same stupid parser, that is liable to happen.

The solution to this problem, and many other problems, is a ratings system for the player/contributor base. Let the massive player/user community police itself. This isn’t even rocket science, a ratings system has been put in place in many other large online communities, and generally meets with some level of success based on how well the tools are implemented.  Whether there is oversight to come to the rescue of the scapegoated, for example.  Whether the tools are allowed to have an effect on the employees of the hosting company, for another.

I’ve mentioned community policing tools many times in the past. (including the last time I tried to start a thread on this subject by linking previous mentions of the subject. Don’t do that blindly.  The phrase “please sir may a have another” springs immediately to mind) Mentioned it at the end of the previous expansion pack. Mentioned it during the Cataclysm expansion. Mentioned it during Wrath of the Lich King while interacting with the GM’s. I don’t think I even understood how many people were playing the game while I was still playing Burning Crusade. If I did, I’m sure I mentioned it then too.

Because it is a glaring oversight on the part of online game developers, generally.  The understanding that large communities require policing, and that the best police are recruited from among the players; people willing to file reports, click buttons, whatever the tools in place allow.  Those are the game companies’ allies, and it is about time that the companies understood that they are shooting themselves in the foot by not allowing the communities to police themselves, and providing the tools for us to do it.

Won’t actually be able to link it anyway. Can’t discuss bans in any fashion on the forums. Not even tangentially. Can’t really discuss ANYTHING on the forums and not risk being banned if the mood strikes a moderator.

The real problem here is (not that Blizzard mods will read this) that the rules for the forums are not all in one place. The bot that banned my account sent me links to this page. It also linked this dead page for appeals (all the links for appeals are dead) The customer service interactions all refer to this page, and the forum rules are also stickied at the top of each forum.

None of the content of any of the pages agrees with each other as to what is allowed or not allowed aside from the notation that they reserve the right to suspend any account without reason.  Just another reason not to post on the forums.